From his business life to his community life, Max Haynes remains committed to education, finance and technology.

Max currently serves as founder and Chief Executive Officer of Customer Engagement Technologies focused on efficiency and financial literacy for underbanked customers. As CEO and strategy leader for the company, Max is responsible for driving solutions to serve the underbanked market.

Max also currently serves as the Director of Private Lending for Alpen Mortgage, the largest private lender in Northern Nevada. For over 20 years, Max has helped finance the development and construction of numerous commercial projects and thousands of housing units in the region.

An aggressive innovator, Max has spent more than two decades disrupting traditional financial models in the lending, real estate, banking and private finance sectors. Prior to founding Customer Engagement Technologies, Max invested years in the private mortgage arena while also consulting for numerous players in the U.S. banking industry, including Citibank. His work with both national and regional banks opened his eyes to the limits of traditional banking and its profound effect on the underserved.

Max has a deep understanding of commercial real estate, construction and mortgage lending. He helped provide private construction financing in Nevada at a time when no banks would consider lending. He also led American business delegations to Russia, China and Japan to assist in the development of creative strategies for both finance and technology companies.

A successful serial entrepreneur, Max was an early member of the Entrepreneurs’ Organization (EO) and has been a major speaker at conferences hosted by EO, as well as the Young Presidents’ Organization. Max has spoken on the topics of entrepreneurship and innovation at more than 50 universities in the United States, Canada and Mexico and has been featured as a thought leader in numerous television, radio and print interviews. Max’s natural aptitude for innovation led to his active involvement on a number of national advisory boards—including the U.S. Small Business Administration and the U.S. Department of Commerce—and as Executive Director of the Association of Collegiate Entrepreneurs.

Before entrepreneurship was mainstream, Max attended the University of Southern California’s Entrepreneurship Program and later championed the concepts of new enterprise at universities across the globe. He has led educational conventions with globally-recognized entrepreneurs, such as Steve Jobs, Michael Dell, Ted Turner and Mark Cuban, to inspire young entrepreneurs and to elicit that same passion for disruption in the younger generation.

Besides his business interests, Max is actively involved in his community in Reno, Nevada and is committed to helping youth gain a better education with special emphasis on technology.  Max serves on the City of Reno Mayor’s Housing Taskforce helping streamline the development and entitlement process for the fast growing region. He has two school aged children who are committed to a Montessori education. He has spent many years studying Montessori and alternative education methods. He currently is the Vice Chair of High Desert Montessori Charter School.  Max believes in teaching children to be more independent, self-driven and creative in their educational lives. He strongly supports private and charter schools and believes that parental involvement is the key to a child’s success.

I received my undergraduate degree from SDSU, my Master’s Degree in Education from Sierra Nevada College and my AMS Montessori degree from MTEC in Sunnyvale. I am currently a teacher at Roy Gomm for the SWAS program.  The ‘School Within a School’ program caters to the needs of gifted students. I have been able to bring a mix of Montessori to public education.

In Montessori we believe that all students have different needs and that we need to look at the “whole” child. I believe that families know their child best and should have non-traditional educational choices that they know will work best for their particular child.

I believe in Montessori for all students. I offer my time and talents to High Desert Montessori as I feel that we can bring this educational format to any student that wants a free Montessori education. HDMS is a great community based school and I want to help make sure it continues to be successful into the future. 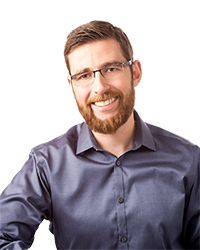 I am a certified public accountant, licensed in Nevada, practicing predominantly in tax return preparation but also financial statements and IRS representation. Training-wise, while I don’t have any education-specific training, I’ve been in the accounting profession for 16 years.

Freedom in having non-traditional education allows parents, their children and ultimately the end-users, the World, experience a different way of thinking that promotes healthy diverse ways of solution creation/problem solving. As well, Montessori education allows children to collaborate strongly with other differently-aged students, something not common in traditional education; working with others not in the same grade opens different perspectives.

I offer my time and talents to the wonderful High Desert Montessori School because I was always taught in my family that a solid education is the key to a successful rest of your life, so even though I wasn’t raised on Montessori education, I share values with it. Secondly, a school always needs good stewardship, whether that’s from an educator or financial professional such as myself; it’s a great school and the kids deserve to have strong board guiding the school. Lastly, as a United States citizen, helping an educational institution is a great way to build a stronger country.

Claudia Castañeda was raised in Winnemucca, Nevada. She received both her undergraduate degree and a Masters in Social Work from the University of Nevada, Reno.  Claudia has been involved in the Reno community as an activist and a bilingual community organizer for many years.

Linda Aaquist has an Honors Bachelor of Science Degree in Geology and Masters of Education Degree in Administration and Supervision. She has AMS Montessori Credentials in Infant and Toddler, Early Childhood, and Elementary I and II. She has a Middle School Science Endorsement.

I want to give back to the HDMS community that helped my family out during the most challenging time in our lives.  Six years ago, my youngest son was diagnosed with childhood cancer.  My oldest was in kindergarten at HDMS at the time, and the faculty, staff, and families rallied and helped take care of all of us.  I can do nothing to repay what has been given to us, but I can sure try.

I believe that choice matters, and to provide my children with the best education possible, I need to be aware of my options.  While some children benefit from a traditional school format, others do not.

I want to give back to the HDMS community that helped my family out during the most challenging time in our lives.  Six years ago, my youngest son was diagnosed with childhood cancer.  My oldest was in kindergarten at HDMS at the time, and the faculty, staff, and families rallied and helped take care of all of us.  I can do nothing to repay what has been given to us, but I can sure try.